All Collections
Getting Started
Understanding the Dashboard

This article gives guidance on how to best utilise your SourceWhale dashboard.

Written by Will Shaw-MacGillivray
Updated over a week ago

SourceWhale provides a detailed dashboard to show the numbers on your results for your entire team. There are several different sections to keep an eye on when looking at your team's numbers.

You can use the drop-down menu just above "Messaged" to select which teammates you would like to see the combined numbers for. Find more information about the different stages here.

You can also look at a visual graph of your team's statistics over a certain time period using the time frame option: 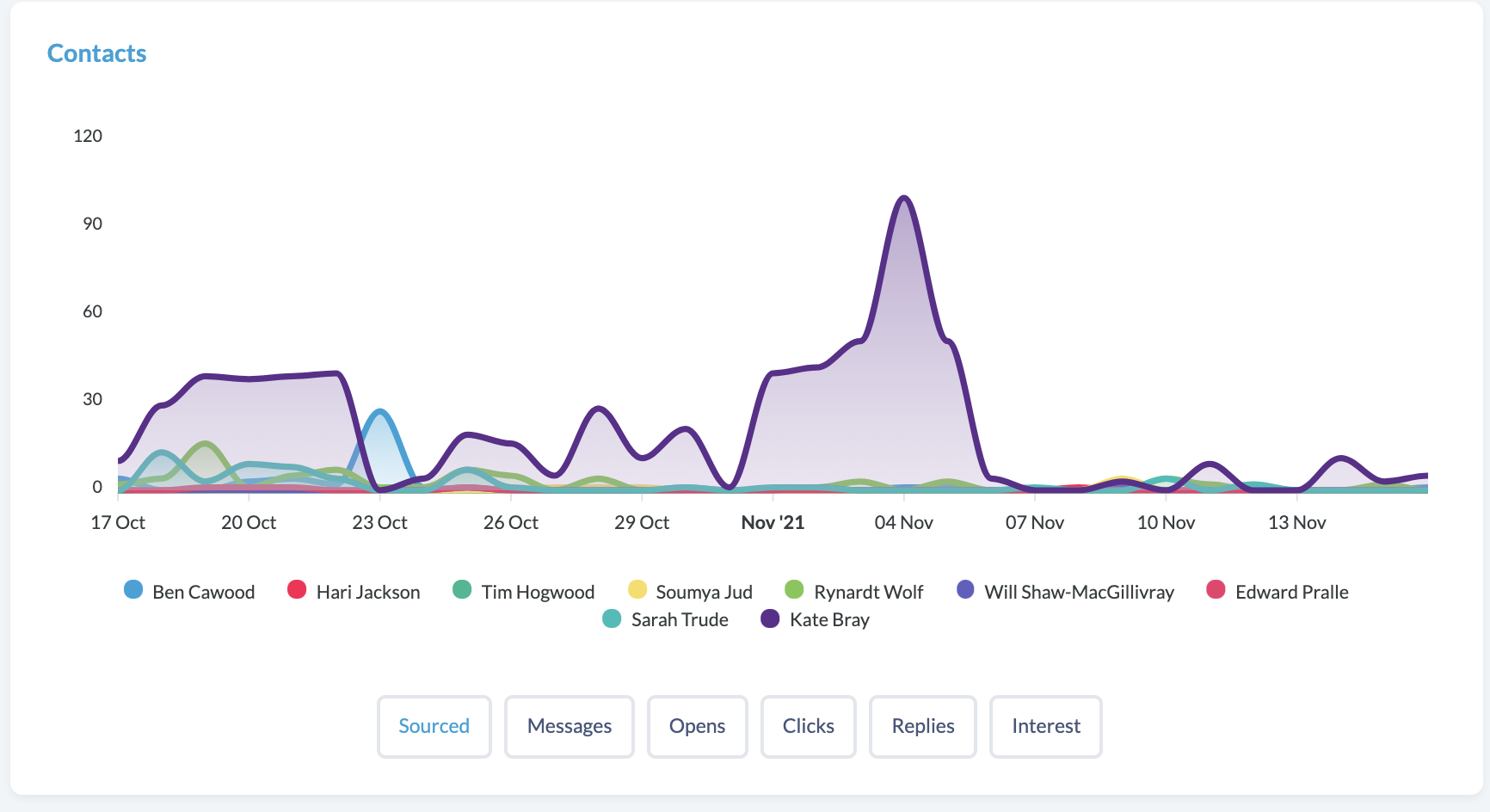 Note: The way our main dashboard shows stats (open/click/reply/interested rates) is based on the number of people who have received a message within the chosen time frame. The graph shows the number of individual messages sent, opened, replied to and interested during this timeframe.

You can compare numbers with members of your team by checking out the "Team Performance" section. You can sort each label by clicking on either Sourced, Messaged, Opens, Clicks, Replies, and Interest.

"Email Tracking" gives you a sort of 'heat map' view of email opens, tracked link clicks, and email replies. You can see the specific hourly times during the week when your team is getting the most email opens, clicks, and replies.

SourceWhale is also able to keep track of the number of female and ethnically diverse contacts that you are reaching out to. Prediction is determined by a combination of a few things:

It is important to note that at no point do we tag an individual with a potential determined race or gender. SourceWhale merely shows your overall metrics at an aggregate level and we are essentially doing the same thing you would do if you are were asked to estimate diversity metrics. However, neither you doing it manually nor SourceWhale doing it on your behalf will replace any official Diversity and Inclusion form a specific candidate fills in when they apply for a role where they may identify as a different gender or have hidden diversity traits. 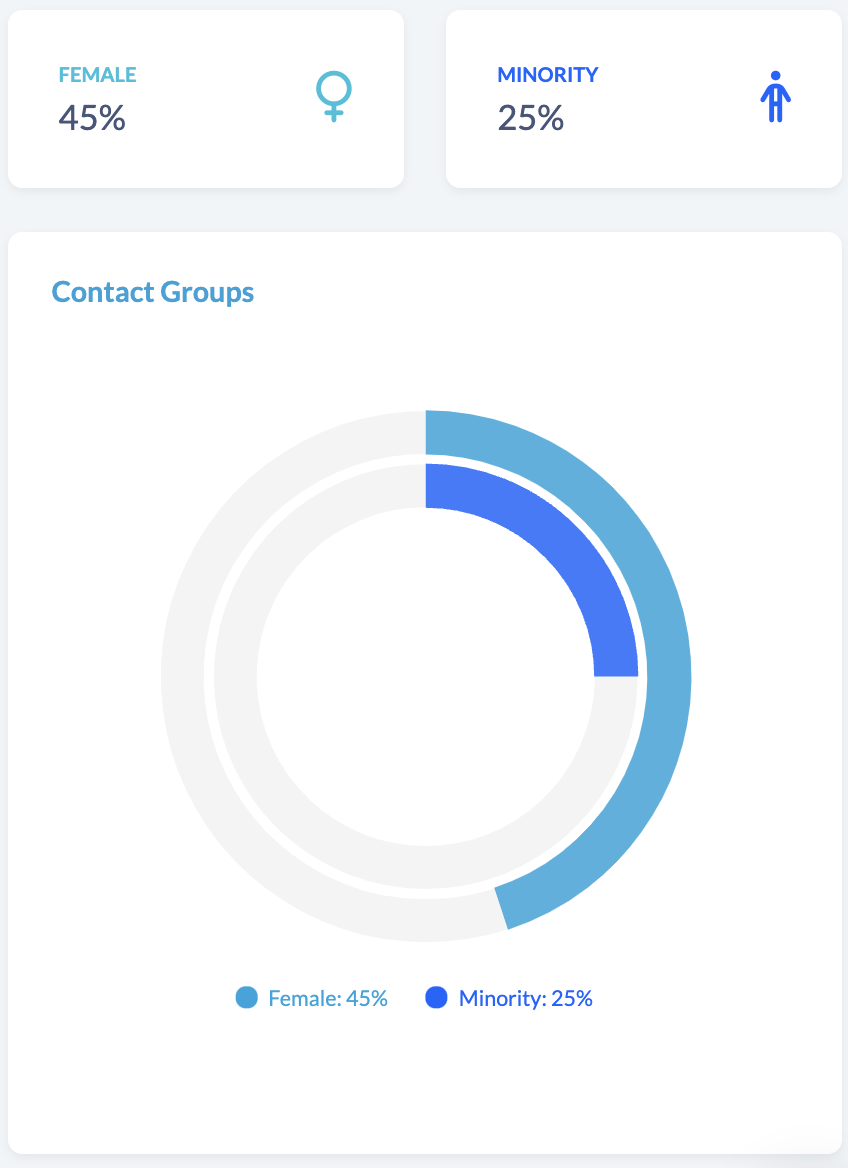 Stuck or need some help? Click on the chat icon at the bottom right hand corner to connect with our support team! 💬

Did this answer your question?